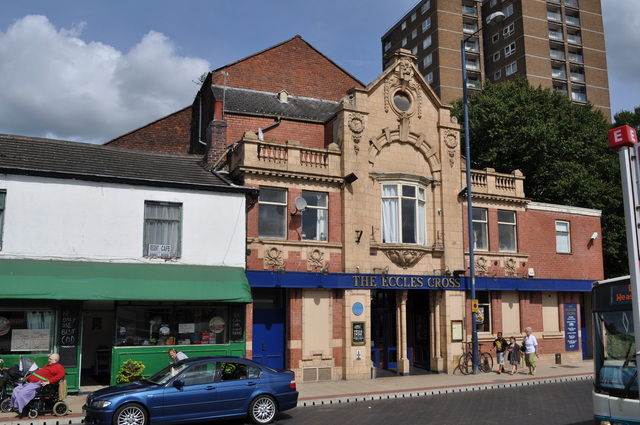 Located in Eccles, now part of Greater Manchester. The New Regent Picture House was opened on 20th September 1920 with William Farnum in “The Lone Star Ranger” and Fatty Arbuckle in “"The Garage”.

Designed by Manchester architect N. Hartley Hacking in a Neo-Classical style, seating was provided in stalls and circle levels.

The Regent Cinema was closed on 31st March 1962 with Ingrid Bergman in “The Inn of the Sixth Happiness”. It was converted into a bingo club, which closed in July 1966.

The building then lay empty and unused until 1983, when it was converted into a wine bar. It then became a nightclub named ‘The Silver Screen’. On 5th October 1999, it re-opened as a pub in the J.D. Wetherspoon chain, known as the ‘Eccles Cross’.