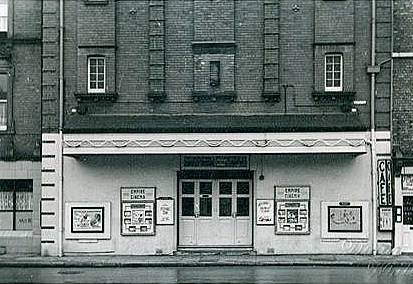 The Empire Electric Theatre in Station Square was the plushest of Whitby’s three movie houses. Built of brick dressed with Portland stone it stood opposite both the railway and bus stations.

Its 657 seats were split between stalls and balcony. It opened in the Autumn of 1914. In 1930 it was refurbished and a Fitton & Haley 2Manual/5Ranks organ was installed, which was opened by organist John Dalton. It was then known as the New Empire Cinema.