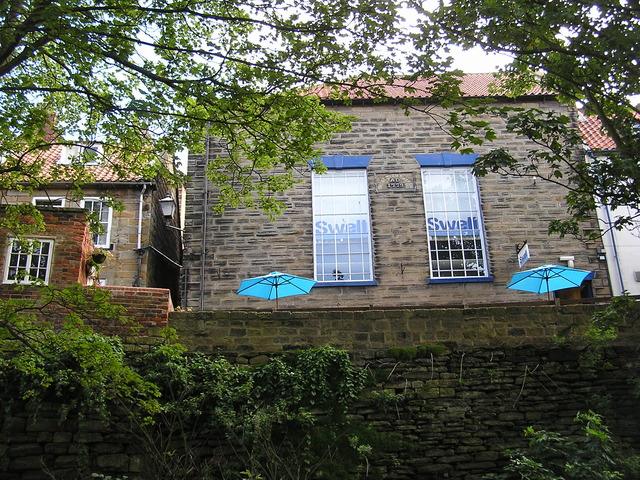 Since then the building has had several uses, a fisherman’s store, an artists studio in the 1950’s, an exhibition centre from 1987 and a second-hand bookshop and vegetarian cafe until 2006.

In 2007, the lower floor became a gift shop and cafe and the former gallery upstairs was converted into the Swell Cinema. The Swell Cinema appears to have closed. According to their website, the only activities there now are the cafe bar and gift shop. (Although the website mentions a concert hall, there are no events listed, whether films or otherwise).