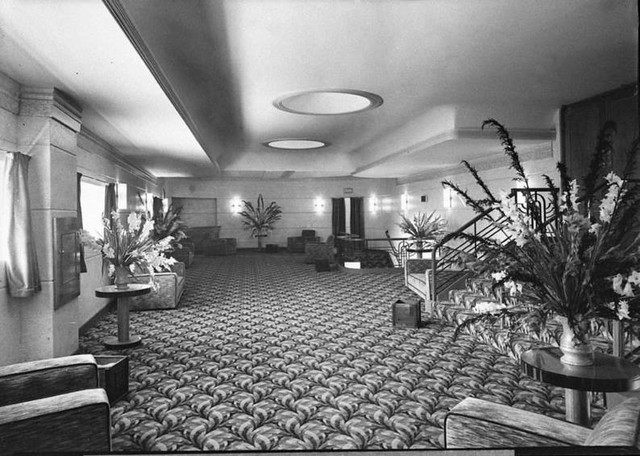 Located in the Marrickville district of Sydney. Built for and operated by the Kings Theatres chain, the Marrickville Kings Theatre was opened on 9th April 1937 with Freddie Bartholomew in “The Devil is a Sissy” and George Formby in “Keep Your Seats Please”. Seating was provided for 1,147 in stalls and circle levels.

“The Kings Theatre Marrickville has been completed at a cost of 25,000 pounds. It introduces many new and exclusive features in theatre construction., It has no windows or vents, being completely air-sealed. The air is completely changed and purified every three minutes by a plant installed by the Australian Gas Light Company, capable of circulating 30,000 cubic feet a minute.

The blending of the colour and lighting with the lines, surfaces and pastel tones of the auditorium is made more effective by the concealed lighting system. Dimmer equipment gives special effects.

The Kings Marrickville is the seventh suburban theatre of that name. The architects were Guy Crick and Bruce Furse."

It was taken over by an independent operator in late-1964 and began screening foreign language films, with occasional English language films. In 1967 it began showing foreign films only. It was closed in either late-1969 or early-1970. It was demolished in 1971 and the site was redeveloped.