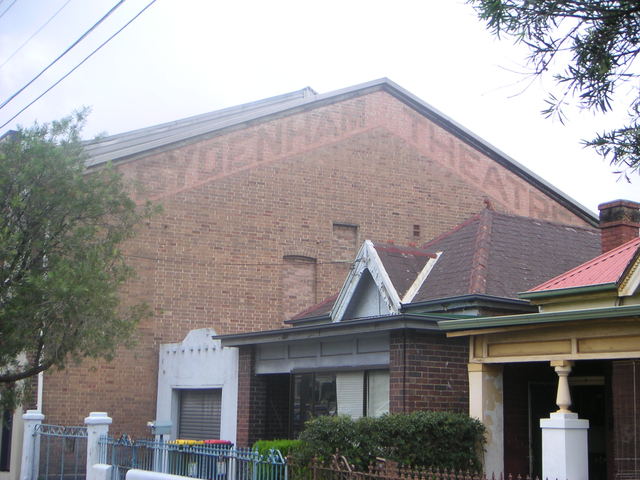 Located in the Sydenham district of Sydney. Originally on this site at the corner of Unwins Bridge Road and Railway Road was erected the Tempe Park Theatre, an open-air cinema which operated from 1911 to 1913. In 1914 it was re-named Sydenham Pictures. The structure was dismantled in 1915, to allow the current building to be erected.

Known as the Sydenham Picture Palace it had a seating capacity for 1,000 (original architect is unknown).

In 1929 it was altered to the plans of architects Crick & Furse, and seating was then provided for 822 in the stalls and 268 in the balcony. It was always an independently operated cinema, and in 1955, it was re-named Rex Theatre.

The Rex Theatre was closed in June 1959. Plans were proposed to convert it into an ice rink, but it opened on 17th June 1960 as a roller skating rink, known as the Roller Dome. The balcony was not used, but 97 seats were retained in the rear stalls for the use of skaters and spectators.

The building was acquired by the Sydenham Returned Soldiers Memorial Club on 14th May 1962, and roller skating ceased. However, there were problems with the licence, and the club was wound up after 11th February 1964. In August 1964, there were proposals to re-open the building as a cinema, but due to its bad condition, it didn’t meet licencing requirements.

The building has since been divided horizontally, with two seperate sctions. The foyer and stalls area was converted into light industrial use (today a Bonds Factory Outlet store), and the former circle has been extended forward to the proscenium and is now in office use. The facade of the building has also been altered and windows punched into the auditorium side-walls. Until recent years, at the rear of the building the fading painted name ‘Sydenham Theatre’ could still be seen.