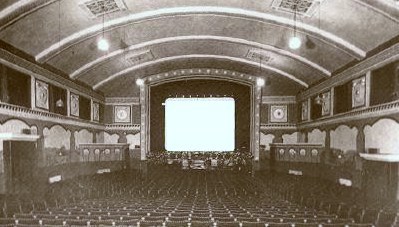 Located in the West Bowling district of Bradford on Manchester Road at the corner of Ransdale Road. The Carlton Cinema was opened on 23rd September 1922 with Elsie Ferguson in “Sacred & Profane Love”. The cinema had 1,118 seats in the stalls and 174 seats in the circle. The proscenium was 25 feet wide, and the decorations included a freize along the side-walls. The auditorium ran parallel to Manchester Road, with the entrance at the southern end of the building.

In 1955, the Carlton Cinema became the second cinema in Bradford to install CinemaScope and full stereophonic sound.

The Carlton Cinema was closed on 31st March 1962 with Audrey Hepburn in “Breakfast at Tiffany’s”. The building was demolished in June 1962, and a petrol filling station was built on the site. Today it is home to an MCC Auto Centre.

There is additional historical detail about this theatre on this webpage (Scroll down a bit).