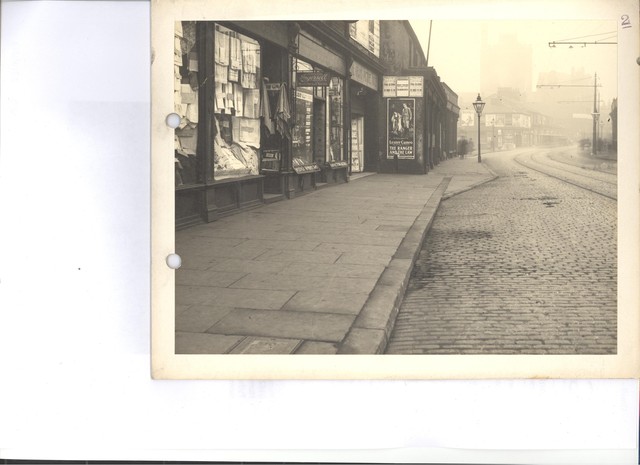 Opened on 24th May 1912 by a Mr. Lewis Boocock, the theater had a narrow entrance on Manchester Road as part of a block of shops known as Marshall’s Mill. Patrons then walked the length of a narrow lobby and down steps to the left to the theatre’s auditorium which ran parallel to the shops. The theatre originally had about 500 seats, mostly in stalls though there was a small balcony. The tiny projection booth was reached via a staircase on the outside of the building.

In 1916, the lease was assumed by the Elite Picture House Company Ltd., owned by Eddie Anderton; his company operated two other theaters in Bradford at the time. Anderton then purchased the theatre during an auction sale in 1924.

Sound was installed in 1930. The theatre closed in 1932. In 1934, it was used as a boxing stadium. This usage ceased in 1939 as it was becoming clear that war with Nazi Germany was imminent.

The former theatre and all of the shops that were a part of Marshall’s Mill were demolished in 1969 as part of a road widening scheme.

There is additional information about this theatre on this webpage.

How bizarre, I arrive here via an unusual route. I have been researching the township of Horton for some time, and while paying a regular visit to the local studies & archives in Bradford, decided to thumb through several photo files- marked Little Horton. I came across one old photo with the description- ‘looking up Little Horton Lane towards Briggella Mills?’ While the road configuration looked promising, barely visible mill buildings in the distance are much larger than those known to be Briggella Mills- in its prime.

When zooming in on the film poster, the name of the Grand Picture House is clearly visible, while further investigation gave the film- The Ranger and the Law, starring Lester Cuneo, a release date of 1921. However, other films publicised- Payable on Demand, Gaiety Girl and Arizona Express, were all released in 1924, so I assume this photo was taken around 1924/25. If the Grand Picture House was positioned between Portland Street and Clifford Street, the building was located towards the bottom of Manchester Road, close to the city centre, and not as shown on the street view photo- which is much further up Manchester Road.

I have little interest or knowledge of cinemas and theatres, but like most people of a certain age, enjoyed looking at this site and its photos with a sense of nostalgia.

The view in the exterior photo is on the east side of Manchester Road, looking south (i.e. up the gradient and out of town). Manchester Road’s junction with Croft Street is not very far behind the camera.

The pointer on the map is way out – far too south out of town. I have uploaded part of the 1921 15-inch OS map. It shows the Grand on the east side of Manchester Road just north of Clifford Street, which no longer joins Manchester Road. The site of the Grand is probably beneath the tarmac of the latter. There is also an aerial view of the district.