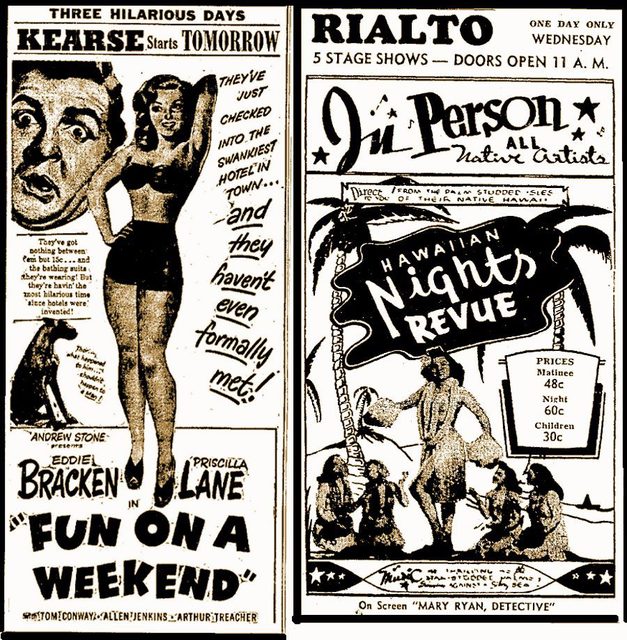 The Rialto Theatre was operating prior to 1941 when it was operated by Paramount Pictures Inc. through their subsidiary H.F. Kincey. It was still open in 1950.

The Rialto Theater started life as the BIJOU Theater in the early 1900’s ( pre 1910 ). When the Strand Theater ( 1915 ) closed after just 1 yr. of operation the BIJOU obtained the small orchestra from the Strand Theater. The Bijou was a popular theater with a middle-class working patronage. The Bijou was purchased by Paramount Pictures in 1928-1929 through H.F. Kincey who also owned two other theaters in town. The theater was renamed the Rialto. The Rialto was popular for the appearances of many a western movie star, as was the Virginia Theater up the street, and was known for a popular intermission game called “Lucky.” The Rialto was a segregated theater with blacks having an entrance through the basement to a hidden staircase that went to the balcony and whites utilizing the orchestra seating or main floor. The theater operated until the 1960’s.