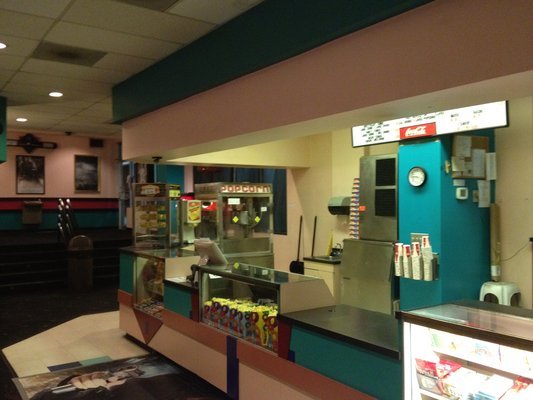 The 4-screen Cinema 83 was opened on January 23, 1982. It was closed on April 5, 1998 A year later on May 7, 1999 it was taken over by Premier Cinemas and the total seating capacity was reduced to 500. It was closed in 2002. New owners took over and it was renamed South York Plaza Cinemas 4. By 2019 it was owned and operated by FunTime Cinemas. This theater offers both films and concessions at low prices, and is well maintained.

Here is the correct link for this cinema, which I soon hope to visit.

For the prices, it’s fine. I’ve seen several movies here in the past couple of months and only a couple of them were projected properly. They have digital projection, but every movie I’ve seen in Scope was being projected with the sides cropped. Also, the 3D projection was atrocious. Again, it’s cheap and I guess that’s enough for some people. I’m guessing they do very well with the family films as animated movies play a long time here.

Greater Baltimore Cinema launched its first Pennsylvania location with the discount, sub-run Cinema 83 at South York Plaza with four free screenings on January 23, 1992 with regular runs the next day. Screens 1 & 2 seated 170 at launch with 3 & 4 with 130 for a total of 600 total seats. The theatre closed on April 5, 1998.

Over a year later, Premier Cinema relaunched with wider seats taking the screen count down to 500 seats. They launched May 7, 1999 as Premier Cinemas at York likely opting to close at the end of the 10th year of the lease. Under new ownership, the theatre became the South York Plaza Cinema 4 in September of 2002. FunTime Cinemas was running the theatre South York Cinemas 4 as of 2019. 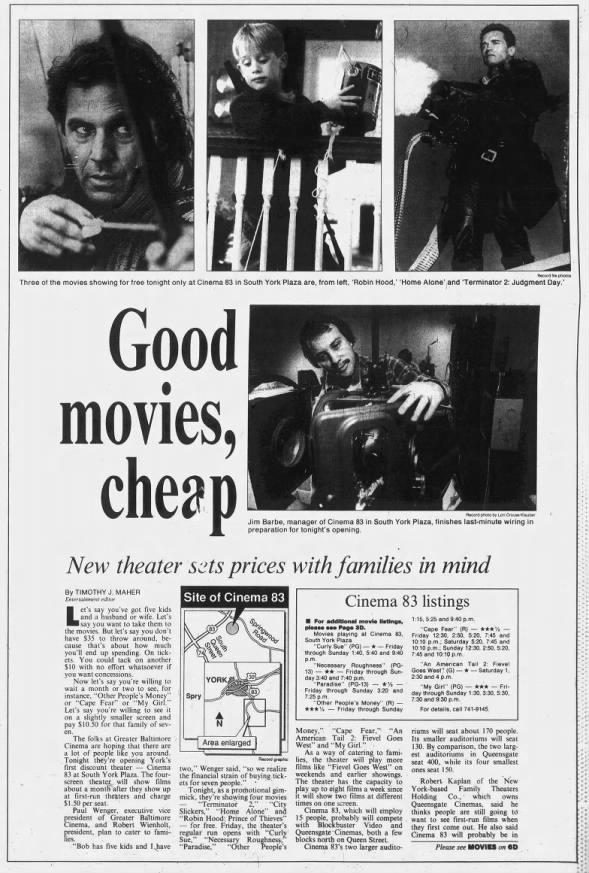