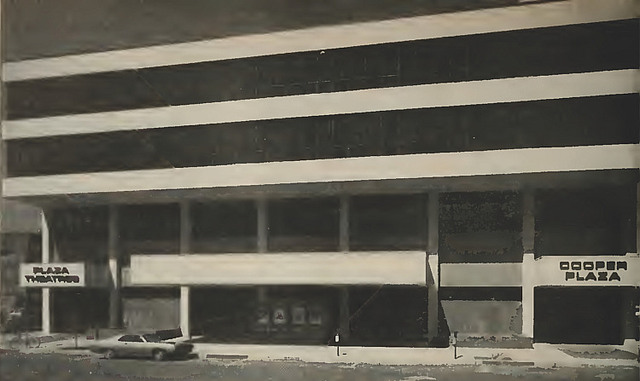 Opened by Cooper Theatres April 19, 1973. This was the site of Cooper’s first 4-plex. They built this theatre rather than renew their least on the Stuart Theatre. Their offices were located above the theatre in the office section of the building. When it first opened it was simply called the Plaza Theatres. Later operated by Douglas Theatres. It was closed November 19, 2004.

There are two pictures at this theater’s entry at CinemaTour: View link

The Plaza 4 opened in April 1973 having replaced the razed Nebraska Theater on this corner. The Cooper Foundation sold the Plaza 4 to Commonwealth Theaters of Kansas City. I worked here from late 1979 to early 1981. Mr. Zitlow was the Gen. Manager. Pat and Brett were Asst. Managers. Brad was the head usher I guess that is what you called him, we had another named Casey and two concession girls. (Others came and went). I left when I graduated from high school and joined the Navy.