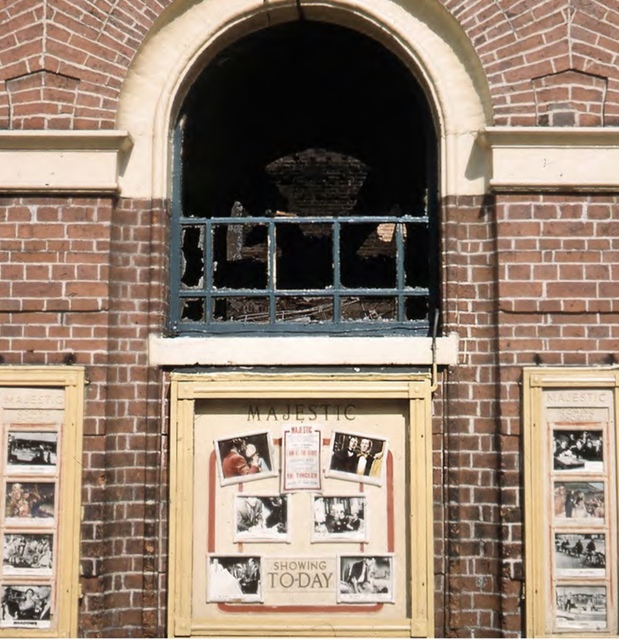 Located in Leek, Staffordshire. The building was originally built as a chapel in 1813. It became the Temperance Hall in 1862 and hosted local variety shows. The building contained seating on orchestra and balcony levels.

By 1920, it had been converted into the Majestic Cinema. In August 1930, it was equipped with a Western Electric sound system, and the first talkie was Janet Gaynor in “Sunny Side Up”. It was refurbished at this time and was operated by the Snape Circuit of Manchester.

In the early hours of the morning of 28th July 1961, the building was badly damaged by a fire. The films which had been screened the previous evening were Vincent Price in “The Tingler” and Peter Cushing in “Revenge of Frankenstein”. The remains of the building were considered unsafe, and after a while being boarded up and unused, it was demolished.