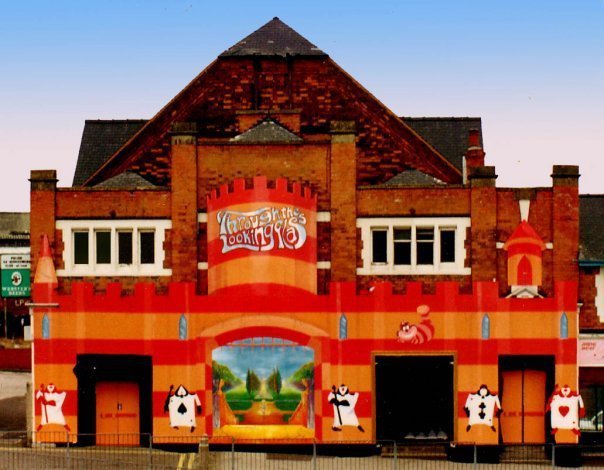 The Picturedrome was announced to Mansfield, Nottinghamshire in 1920, with an advert in the March 19th edition of the Mansfield Recorder simply reading “Y.A.P.H.!! - See next weeks advert”. A week later and the letters were revealed to stand for “Yet Another Picture House”, the Richardson family acknowledging that Mansfield had no real need for another cinema, but hoping to get trade coming in from its proximity to the railway station.

The Picturedrome opened on 1st April 1920 with Pauline Frederick in “Her Final Reckoning” and Mary Pickford in “The Eagles Mate”. There was a ballroom was on the ground floor, and the cinema was above. It was equipped with twin projectors, a full orchestra, and a plaster screen “to get the best possible effect”.

By 1923, Picturedrome (Mansfield) Ltd. was reporting losses and the building was put up for sale. With no buyers, the company entered liquidation in May of that year, at which point it was taken over by Cinevars Ltd. By 1928 the Cinematograph license was allowed to lapse. Denmans had taken control of Cinevars, and had no interest in the Picturedrome as they already had two larger cinemas in town - the Rock Picture House, and the Empire Super Cinema which was a mere 200m away.

The building was then rechristened as the Picturedrome Billards Hall until 1934, when the interior was redesigned for variety acts and it was renamed the Queen’s Theatre, opening on 10th December 1934 with a variety show, topping the bill was xylophonist Paul Grey. It continued to present variety and pantomimes for several years until 1939.

Over the following years it was used as a dance school, restaurant, social club and nightclub. In October 2010 it was demolished to become Y.A.C.C.!! (Yet Another Council Carpark)