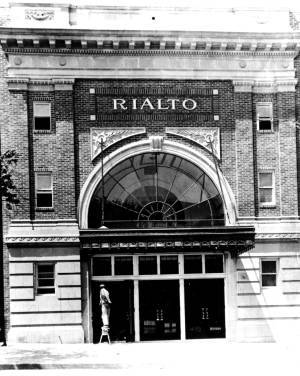 Located to the northwest of the city. The Rialto Theatre was opened on June 24, 1916. It was designed by architectural firm Sparklin & Childs in an Italian Renaissance style. Originally seating was provided for 499. It was equipped with a Kimball organ.

Renovated in 1960, the Rialto Theatre was closed in 1964, and has since been demolished.

Kilduffs Baltimore has a page for the Rialto with a vintage photo and scans of ads.