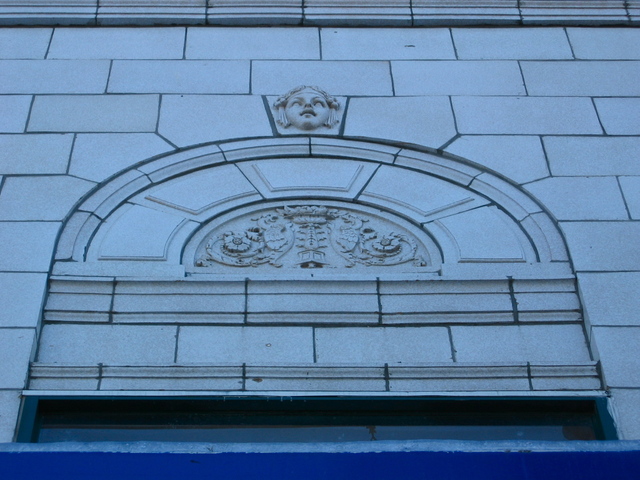 The Bellerose Theater opened by Playhouse Operating Co. in 1926 and is located on Jericho Turnpike at the intersection of Jamaica Avenue and Rocky Hill Road (today renamed Braddock Avenue). It stands just east of the Cross Island, about a mile away from the Floral Theatre.

Originally seating 1,180, it was last operated by the Century Theaters chain and closed in the mid-1980’s with 880 seats. The building was gutted internally and became a carpet store. Today it is in use as a martial arts school and for storage.

Sorry, A little before my time. Also you might be right about the pics, nothing so far. I just now found out that area is considered Floral Park. My father and I seen the movie Jaws at the Floral Park theater which had a balcony and the oldest theater with a balcony i had been to was the DuPont Theater in Wilmington Delaware. The DuPont’s had their own Box and no movie started until they arrived and Sat down. The day I attended neither was in play. Funny thing we moved out west years later and I took a job as an Usher for A M C, Right up my alley back then.

There had been some talk about adding a balcony to the Bellerose. The ceiling was certainly sufficiently high and there was a grand staircase which went up to the lounge. I believe when the theater was originally built the restrooms were in the basement and the upper lounge only done in later years. The theater was shuttered for a time in the 1940s and was renovated when it reopened. That may have been, if it was done later, when the upstairs lounge was created. However I don’t think the new marquee occurred until later.

As far as Bellerose vs. Floral Park is concerned, not too many years ago it was decided that the Nassau County portion of Bellerose not be serviced by the Bellerose Post Office (which is a hell of a lot closer than the Floral Park one to which it was assigned). It was already confusing enough with the Jamaica Avenue/Jericho Turnpike split but they compounded it by making Bellerose Nassau, Floral Park.

In retrospect I wonder why they put a new, modern marquee on the Bellerose. The ones on the Floral, Queens and Community (all Century operated) basically kept their old marquees but just modified them. The Bellerose most resembled the community but all the lights were incandescent. Same color scheme as the Queens, yellow running lights, green background, Bellerose letters in white.

Uploaded a 1969 photo of the theatre still in operation. This was taken after a median was installed and the sidewalks were reduced in width. Notice that the front of the marquee has been severely damaged. Aluminum was placed over a portion of the bottom. The section which read “A Century Theatre” has been totally trashed. Additional ornamentation which was originally above that is missing.

So, now we need to see a picture of the marquee in its entirety and a picture of the original which was boxy and had white incandescent letters spelling “Bellerose” and yellow running lights.

If you look at the 1949 photo of the Grove Theater in Freeport you can see what the marquee of the Bellerose looked like when it was first installed, probably around the same time.

“Girl From Jones Beach.” on the Marquee. Nice..

After Jericho Turnpike was widened the marquee took several hits. All of the front detail shown in the Grove photo was covered over by an aluminum panel as were the lights surrounding the actual display board. Haven’t been able to find any intact photo of the Bellerose. Also can’t find one of the original marquee which it replaced and one I remember vividly. My mother always had to pull me across Jericho Turnpike because I would stare at the illuminated marquee.

Every time TCM shows a 20th Century Fox color Cinemascope film I try to replicate my experience at the Bellerose where the projectionist was a master showman. He would start the film with just the sound for the drum intro, then turn on the light and, after the trumpet fanfare, open the curtain. Since the speakers were behind the curtain there was a swell of sound. And, the Bellerose had a huge proscenium.

Can’t do the drum intro in the dark but I always bring up the volume at the appropriate time.

Orlando, and other professionals. Any clue on the size of the screen at the Bellerose and how it compared with some of the other Nassau/Queens neighborhood venues

The building now houses a martial arts institute called Dynamics. I wonder if any of the original decor of the theater is now visible. Have to check.

Uploaded an ad which Texas2step had uploaded on the Century’s Floral site indicating the the Bellerose, together with the Floral, Bellaire, Hollis and Park (Rockaway Park) were part of the Playco circuit in 1933. Never heard of them.

A bit of ancient history. The Bellerose always had special hard of hearing devices available way back when. Don’t know what they were but they were the only theater to advertise their availability.

In reviewing all the comments on this theater (the majority of which were Queens/Nassau, Jamaica Avenue/Jericho Turnpike, Bellerose/Floral Park in nature) I see that I once posed a question as to the identity of the advertiser on the clock to the left of the screen. Nobody ever responded but I now remember it was a jewelry store in adjacent Queens Village.