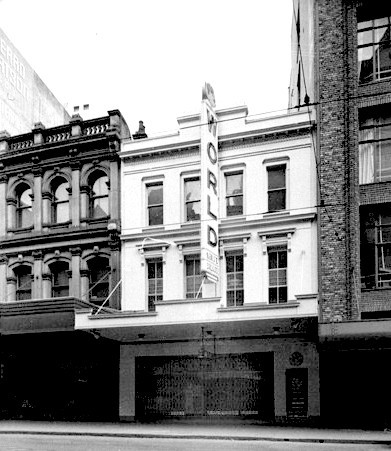 Opened by the Virgona family in April 1941 as the second of their George Street newsreel houses. The World Newsreel Theatre replaced a Griffith Brothers Tea Room shop and featured the predominant Art Deco style inside a Colonial style building opposite Martin Place.

By 1959 it had been re-named Lido Theatre, and replaced the Savoy Theatre as the citys leading foreign film theatre, alternating Fellini with grindhouse fare like “Mondo Cane”. The Lido Theatre was still operating until its closure in the early-1970’s. It then went over to retail use for a while.

A MAN AND A WOMAN ran for just over a year.