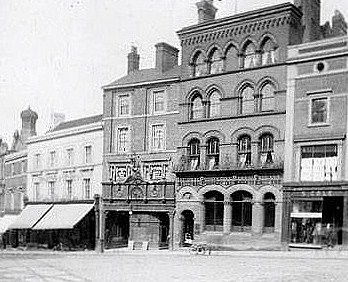 The Electric Theatre opened in the centre of Wolverhampton on 24th January 1910 with “Nero, or the Fall of Rome”. It was a conversion of a shop in an existing building. Designed to the plans of London architect Herbert H. Gissing, it complied with the requirements of the new Cinematograph Licence Act.

New owners took over in 1915, and it was re-named Imperial Playhouse. It was closed in 1918. It reverted back to shop use as Green & Hollis outfitters, it then became a bank, and in recent years has been converted into a Ladbrokes betting shop.