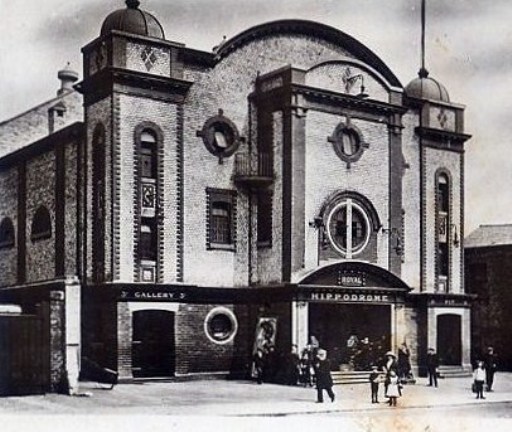 Located in Altrincham, Cheshire. The Hippodrome Cinema was opened in 1912, and was designed by architects Butterworth & Duncan and had a seating capacity of 1,800. The proscenium was 27 feet wide. It was damaged by a fire in January 1917, but was restored and re-opened in March 1917.

It was equipped with a RCA sound system, and the first talkie “The Man Who Came Back” was screened on 9th October 1931.

It was closed in 1963 and was taken over by the Leeds based Star Cinemas chain, who re-opened the cinema using the circle area only, changing the name to Studio One. Bingo was operated in the former stalls area. Star Cinemas were taken over by the Cannon Group and it was re-named Cannon. The Cannon was closed on 9th October 1986, and the building was demolished in January 1987.