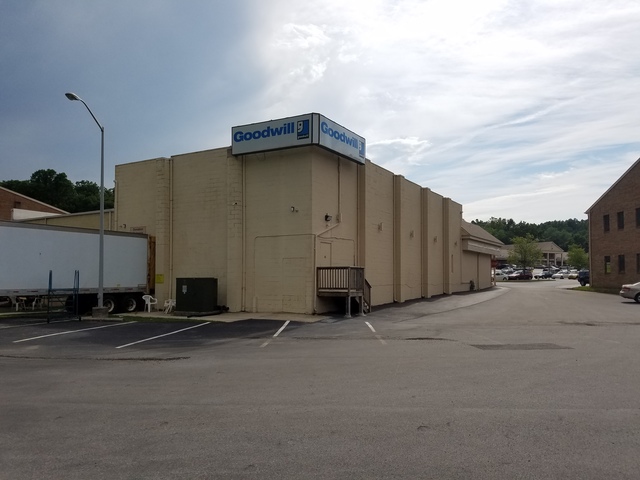 It became a gymnasium, and now houses several retail units.

Theater showed x rated movies on a big single screen. I dont think it made it out of the 80’s, Was a lot of things after theater closed.. A gym and a salvation army type thrift way.

This was originally a Jerry Lewis theater, but when that franchise died out, it started showing the X-rated stuff. The Lewis people made a big stink about it, if I remember. I lived in Exton from 1955 till 1973, then from 1977 to 1984, and lived just about a mile from Marchwood.

It’s a shame there are no photographs of this theater when it was open.

This was my dad’s theater at the end. He ran this and the Thorndale cinema for about 15 years. I grew up in both of these cinemas.

This theater opened as the Jerry Lewis Cinema on October 29, 1971 with “Big Jake” and was franchised by the creator of the Marchwood Shopping Center, Bernard Hankin. The theatre got new ownership and changed names to the Marchwood Cinema in May of 1974. The last shows advertised as the Marchwood Cinema were on December 12, 1985 with “Shauna” and “Pleasures of Innocence.”

There’s a story that Jerry Lewis quit making movies after he spotted his film “Which Way to the Front?” playing on a double bill with “Deep Throat”. It’s probably just a story, but you have to wonder if it wasn’t inspired by a Jerry Lewis Theater switching to adult films after the franchise went bust.