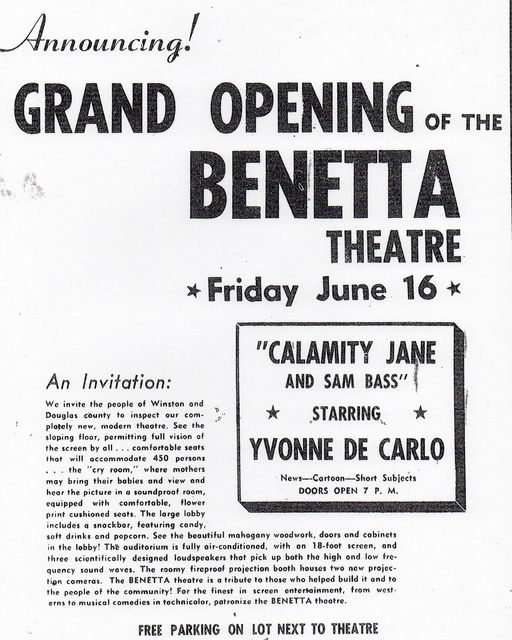 Located in part of the Garden Valley Shopping Center. The Benetta Theatre opened June 16, 1950, the owner was Paul Bender. It was built in a Quonset Hut with attached front. Although it looked plain on the outside, the interior had some deluxe touches. Mahogany counters for the snack bar, a cry-room & air-conditioning for the auditorium. The Benetta Theatre closed in 1966. It was later converted to retail before burning down in the 1990’s. It is now a parking lot.