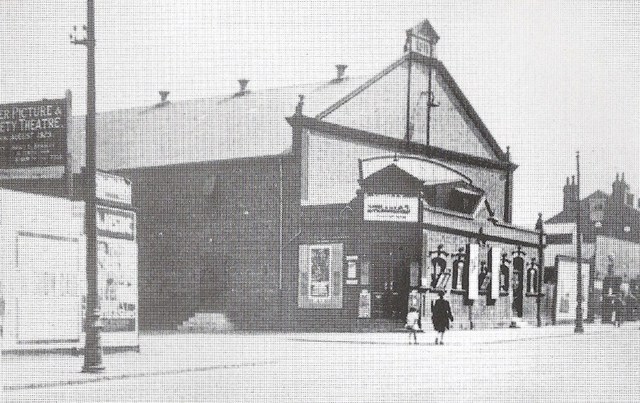 Locared in the Bearwood district to the south of Smethwick, and to the west of Birmingham. The Coliseum Cinema was at the corner of Bearwood Road and Dunsford Road, and opened around 1911, and was designed by architect G. Bowden. It was built for and operated by Ben Kennedy. Seating was provided all on a single level.

The Coliseum Cinema was closed on 27th September 1930 with Ken Maynard in “The Phantom City”, and the Windsor Theatre opened two days later. The Coliseum Cinema was converted into a dance hall during World War II, and this use continued into the 1950’s. It was later demolished and a garage was built on the site. In 2012, the site is occupied by a block of flats.