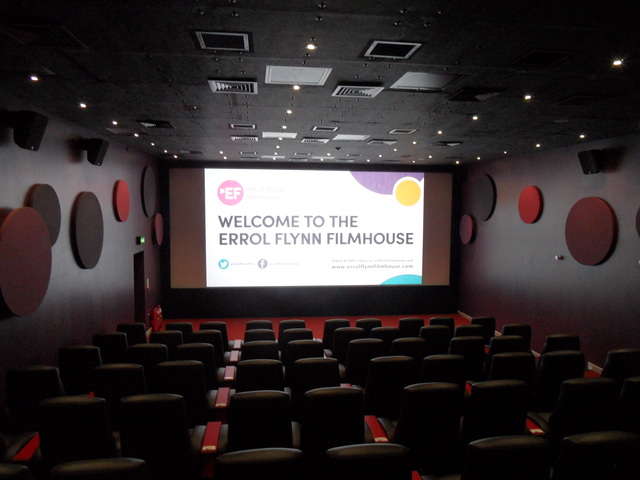 Located in the centre of Northampton, just off Derngate, and adjacent to the Royal & Derngate. The Errol Flynn Filmhouse was opened on 20th June 2013, the birthday of the Tasmanian born actor Errol Flynn, who spent 6 months as an actor at the Northampton Repertory Theatre (now the Royal & Derngate Theatre), before going to find fame in Hollywood. The opening film was “Summer in February”.

It is operated by the Royal & Derngate Theatre in partnership with Cityscreen, and screens independent and foreign films. Seating is provided on 90 luxury leather seats, designed and made in Norway. There is a licenced bar and drinks can be taken into the auditorium. On 7th April 2017 a second screen was added which seats 83.

In spring 2018 it was decided to re-name the cinema and, from September 2019, it has been known as Northampton Filmhouse. No specific reason for this name change appears to have been provided, other than that “it was felt the time was right”.

A second screen opened on 7th April 2017, a new structure next to screen 1. Similar design but with slightly fewer seats (83).