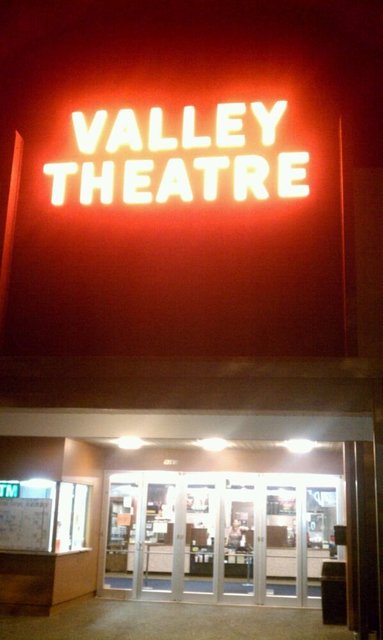 The three-screen Valley Cinema Pub, after undergoing renovations, opened in October of 2005. Chuck Nakvasil, the owner, says that it boasts one of the largest movie screens in Portland. The auditoriums seat 370, 110 and 85 patrons.

According to the Portland Oregonian, the theater was originally opened in the mid-1960’s by Act III Theaters and then closed after being acquired by Regal Cinemas. It was reopened in 2001 by an independent operator after standing vacant for two years and then closed again in February of 2005. It reopened again only to close in 2018.

Didn’t Tom Moyer Theaters operate this theater at one time?