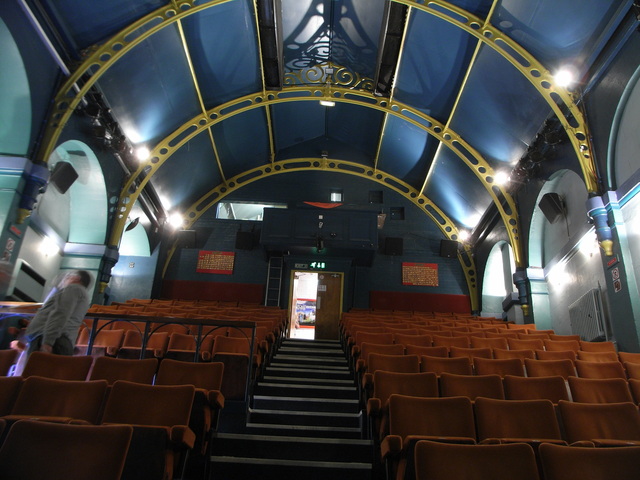 Located in the small town of Wallingford, to the southeast of Oxford. The Corn Exchange was built in 1856. It was converted into the Grand Cinema, opening on 16th September 1912, and had a seating capacity for 400. It had a rear projection system. The Grand Cinema was closed in 1917.

It re-opened as the Exchange Cinema on 26th December 1922. The Exchange Cinema closed in 1934 when the towns' new Regal Cinema opened. The building eventually became derelict. It was taken over by the Sinodun Players in 1975 and converted into a live theatre., opening in December 1978. In 1979, it was equipped with projectors and the first film screened in the renamed Corn Exchange was Walter Matthau and Glenda Jackson in “House Calls” in May 1979.

Today the cinema-theatre is staffed by volunteers. The Corn Exchange is a Grade II Listed building.