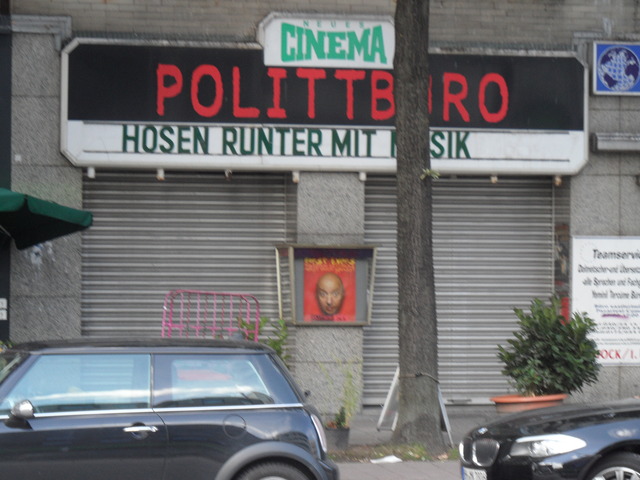 This was an interesting discovery during a visit to Hamburg in September 2013. Directly across the road from the Savoy Kino is a large apartment block, with shops at street level and, in amongst them, the Polittburo Cinema, a cabaret venue with, presumably, a political/radical agenda. However, it was the vertical “Cinema” sign affixed to the frontage that caught my eye. The Polittburo’s website explains that the people behind this venture looked long and hard for a suitable theatre, and, since September 2003, the Polittburo has been “in good hands in the New Cinema”. In addition, thanks are given to “the existing technical team from the theater: people who were themselves very connected with the ‘New Cinema’”.

It was opened in 1953 as the Camera Filmtheater. Seating was provided for 279 in the orchestra level, and 121 in the balcony. The Camera Filmtheater had a small stage. It was completely renovated in 1960 to the plans of architect Hans Schneider. The façade and foyer were rebuilt in 1984.