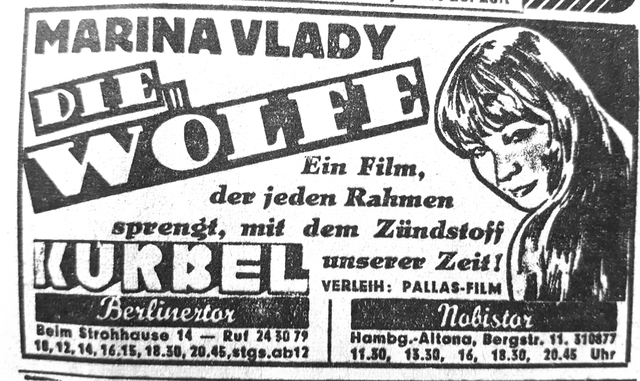 One of 4 cinemas in the Kurbel chain to operate in Hamburg. The Kurbel am Berliner Tor was opened in August 1948, and was part of the Berliner Tower, one of the first post-war developments in the city.

The Kurbel am Berliner Tor showed international films. It was closed in 1962.

It was demolished and Wal-Mart supermarket was built on the site.