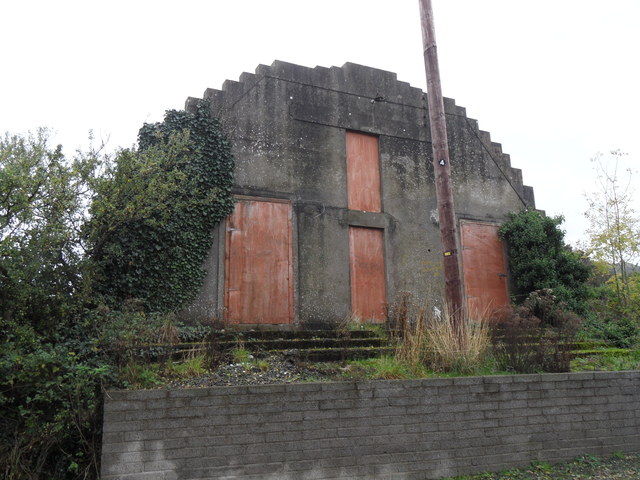 In Carnlough, County Antrim, the Marine Cinema was opened by Johnny Kelly in March 1950 (and forever afterwards known informally as “Kelly’s”). An Army Nissen hut had been acquired and set up just off the seafront. (With Mr Kelly’s choice of building perhaps being informed by his time during the war presenting film shows to troops based in Ballykelly, in the north west of the province.) Returning to Carnlough, he showed films on 16mm in a local hall for a few years before, when war-time building restrictions were lifted, planning permission was granted for his permanent cinema. Two Kalee 35mm arc-lamp projectors were used, with an RCA sound system. The screen came from the old Mayfair cinema in Belfast. A notable feature of this small town cinema was that children were usually admitted to all films; anyone wanting to concentrate on the films soon learned to go on the second night, as the local kids always went on the first night! Usually one feature was shown each evening, with a short supporting programme. However, Mr Kelly was sometimes obliged to show a double bill - in which case he simply showed the first and last reels of the second feature (and no one ever complained!).

‘Scope films were shown after a fashion, with the narrow cinema not allowing for a full 'scope picture. The first 'scope feature, “Geronimo”, starring Chuck Connors, was shown in July 1965. Bills for the coming week’s attractions were mounted on a small display box outside the family shop on Marine Road (hence the name of the cinema). The cinema closed from time to time, as Mr Kelly spent time away working on North Sea oil rigs. During one of those periods, in the late-1970’s or early-1980’s, a fire destroyed the screen and about fifty seats. The cinema never reopened.

In October 2013 the part ruined cinema was still standing, with, bizarrely, one of the projectors visible high up in the projection box, exposed to the elements. A property developer is seeking planning permission for housing on a wider site, which includes the cinema. So this intriguing survivor might soon be only a memory. (My thanks to local resident Eddie Goodwin for this history.)