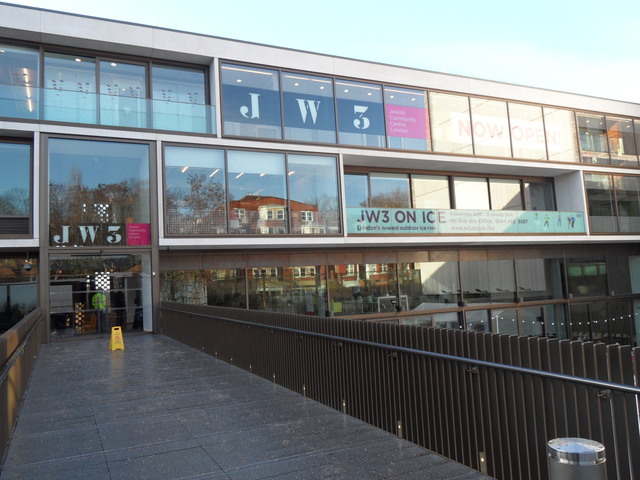 Located in the northwest London inner-city district of South Hampstead, near to Swiss Cottage. The JW3 Cinema is inside the new Jewish Cultural Centre on Finchley Road, a few hundred yards away from the Vue Finchley Road multiplex. It was designed by architectural firm Lifschutz Davidson Sandilands.