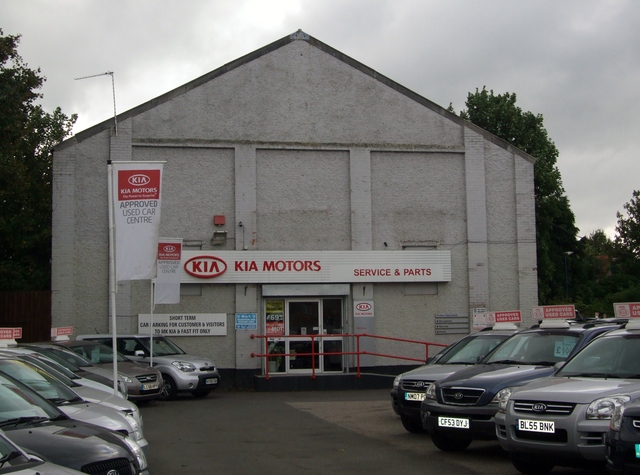 Located in Sony Stratford, Buckinghamshire, just to the north of Milton Keynes. The Scala Cinema was opened after the end of World War I, and was certainly open by 1921. Seating was provided in stalls and circle levels. It had a rear projection system, and in the early 1930’s was equipped with a British Thomson Houston(BTH) sound system.

The Scala Cinema was closed suddenly on 22nd January 1961 with “The Day They Gave Babies Away”. It was converted into an auto repair shop for Newport Pagnall Tyres & Exhausts, and suffered damage from a fire in 1980, which destroyed any vestige of its previous cinematic life. The front of the building has now been removed. It was recently in use as a car dealership and auto repair shop for Kia cars.