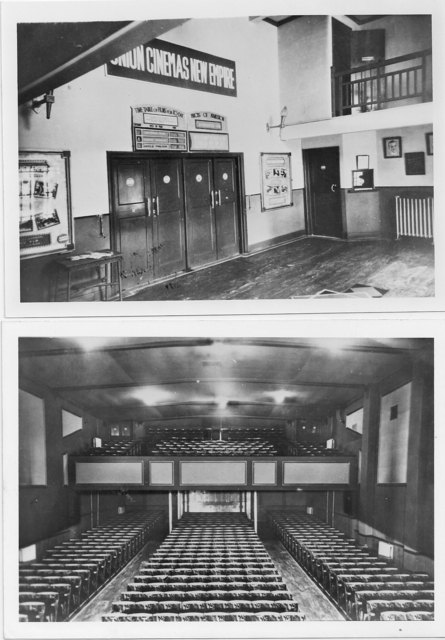 Located in Wolverton, near Milton Keynes, Buckinghamshire. The Empire Cinema was opened just after the end of World War I, a conversion of a former toy factory. It was expanded in 1926 to seat 800 in stalls and circle levels, and re-named New Empire Cinema. It was operated by the Southan Morris chain. It had rear projection.

In 1939, it was taken over by an independent operator and re-named Empire Cinema. It was closed on 17th May 1969 with “Carry on Screaming” & Carry on Cleo".

The building was taken over by the adjacent post office and used as an extension to their office. In recent years, it has been occupied by MK Furniture.