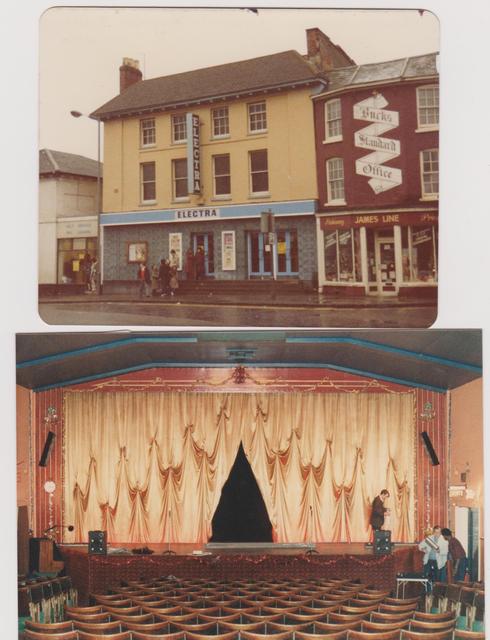 Located in Newport Pagnell, Buckinghamshire, to the north of Milton Keynes. The Electric Theatre was opened on 12th December 1912. The front of the building was originally built as a Georgian doctor’s house, with the auditorium built in the garden at the rear. Seating was provided in stalls and a small balcony which was supported by pillars.

It was equipped with a British Acoustic(BA) sound system in the early 1930’s and was re-named Electra Cinema around 1936.

The Electra Cinema was closed by 1988, and was converted into a shopping arcade known as Tickford Arcade. In recent years, the auditorium section has been partially demolished, but the arcade is still in use in the rest of the building

A couple of images taken very shortly after closure in 1988