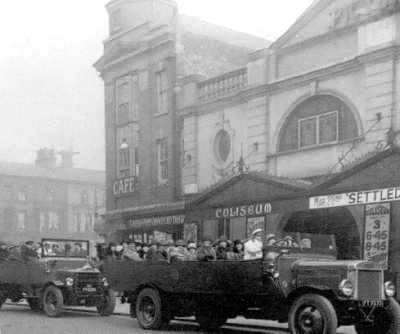 The Nevill Street Picture House was opened on 13th May 1913. It accommodated 750 in a stadium-layout auditorium; and was designed by Gilbert Wilson of Southport. It included a café which opened some weeks later.

Ownership passed to Associated Southport Cinemas Ltd. around 1935, at which time the building was modernised. The Classical style façade was replaced by an Art Deco style, featuring one of faïence tiles, vertical fins and neon lighting.

In 1957 the Emery Cinema Circuit of Blackpool acquired the cinema. In the face of declining attendances they closed the cinema on 14th November 1959.

In 2014 Silcock’s Amusements in on the site in a different building.