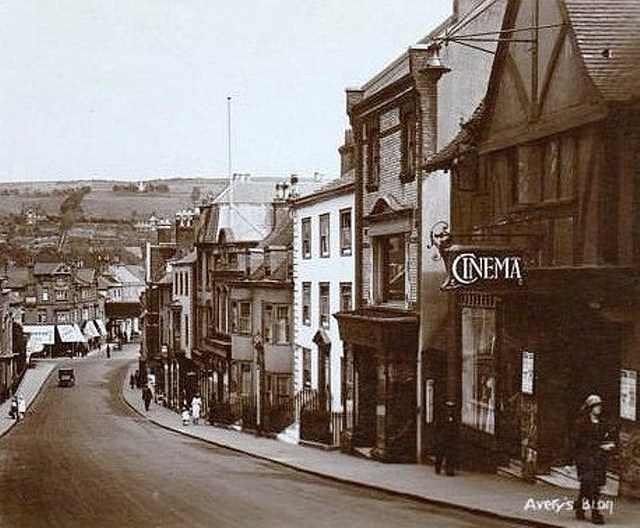 Located in Lewes, East Sussex, on School Hill (now part of High Street). The Cinema de Luxe was opened on 18th August 1912, and had 490 seats, all on a single level. In the late-1920’s it was equipped with an Electrocord sound system, which was soon replaced by a Western Electric(WE) sound system. In the early-1930’s the rear of the roof was raised and a balcony was fitted, which increased the seating capacity to 620, when it reopened in 1934.

The Cinema de Luxe was closed on 11th May 1963. The building lay derelict for several years before it was demolished. An office block named Temple House now stands on the site.