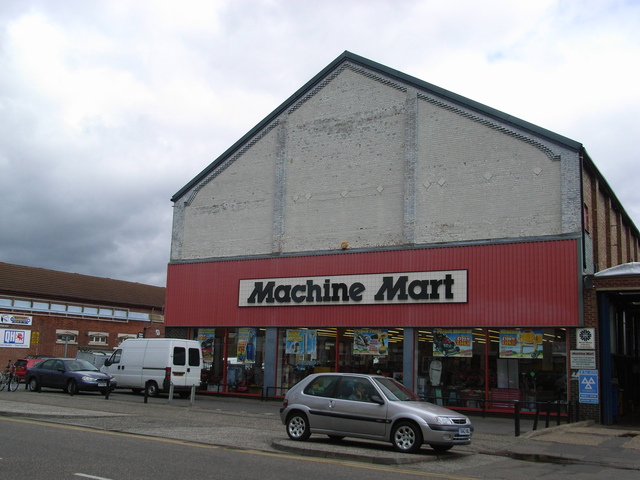 This was Peterborough’s only purpose built suburban cinema. Opened on the 22nd July, 1929 with the silent film “Q Ships”. It was a single floor cinema with a stage and two dressing rooms. The Oscar Deutsch chain Odeon Theatres Ltd. bought the Princess Cinema in January 1936, but leased it to J.F. Emery Circuit of Manchester in 1937. Odeon then built their own cinema on Broadway in the city centre. The Princess Cinema was operated by the J.F. Emery Circuit until they closed on 21st March 1958 with “Son of the Hunchback” and Charlie Chaplin in “The Kid”.

It became a furniture store in December 1958. It later became a garage, and the front of the building and projection suite were demolished. In 1992 it became a garden & accessories showroom. In 2012 it is a Machine Mart.