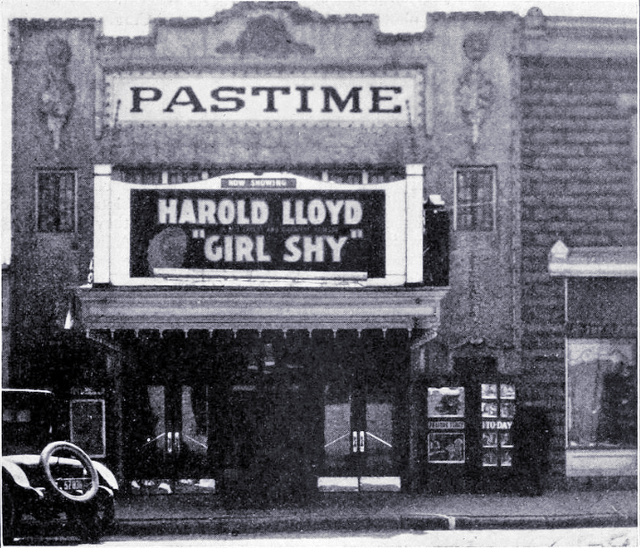 Fred Dever, operator of the Pastime Theatre in Iowa City, was mentioned in the March 4, 1911, issue of The New York Clipper as the inventor of a gold screen for moving picture theaters, and he was organizing a stock company to establish a manufacturing plant for it.

The December 11 issue of The New York Dramatic Mirror that same year had this item:

“Archie Hanlon has leased the Pastime Theatre, in Iowa City. Ia., taking possession Jan. 1. At the same time Fred Dever will open a new house for motion Pictures built by Dunkel Brothers at a cost of over $6,000.”

Mr. Hanlon must have operated the old Pastime under a new name, because an article in the January 19, 1912, issue of the Iowa City Press-Citizen indicates that Fred Dever took the theater name with him when he opened his new house"

It was probably the 1912 Pastime Theatre that later became the Capitol. An item about the groundbreaking for the new Pastime in October, 1911, had given the location as College Street near the intersection with Dubuque, which is where 205 E. College is. The entire block has been obliterated for redevelopment, so the Capitol can be marked as demolished.

There was apparently a renovation of the theater in the early 1920s, as the ads for it begin calling it the New Pastime Theatre around then. In 1926, the Press-Citizen mentions “…the new Pastime $30,000 All American Concert Grand Organ….”

A “lost and found” ad in the December 30, 1946 issue of the Press-Citizen is the latest mention of the Pastime Theatre I’ve found. The April 17, 1947, issue has the earliest mention of the Capitol I’ve found, so the name must have been changed in early 1947.

The Pastime Theatre — Fred E. Dever’s Motion Picture Palace – launched January 20, 1912 with a reported 1,670 people watching “Little Boy Blue” and “Parting of the Ways”. But Albert C. “Punch” Dunkel guided the theatre through its halcyon days with three different organs, installing radio equipment using the call letters KFBG to broadcast news — which was apparently news to the FCC which closed the station — and transitioning the Pastime to sound. Ray Lumsden (1938) followed by Fred McGee (1945) and finally Earnest Panos (1946) operated the Pastime.

Panos —on January 16, 1947 — changed the name of the theatre to the Capitol Theatre launching with “I’ll Be Seeing You” and “I Married a Witch.” The decades' old KFBG radio equipment was still under the stage of the old Pastime. Panos would try foreign language films soon thereafter but abandoned that policy. The theatre eked it out to its 50th anniversary before closing and was demolished.

In the 1950s little Iowa City had an amazing five theaters downtown, all located within about a block of each other between Washington and College streets. Of these the Capitol seemed most humble despite its august name. I recall that it showed an odd mix of cheap kiddie fare such as the classic clunker The Giant Claw, and foreign “art” films. Because of this eclectic programming I saw one of the most stunning film scenes of my young life. I was at the Capitol to see some forgotten kids' film when the projectionist ran trailers of coming attractions, one of which featured two nude women running out of a forest and across a beach before plunging into a lake. Other films I recall seeing at the Capitol are The Brave One (1956) and a re-release of Disney’s So Dear to My Heart. When my family returned to Iowa City in 1963 the theater had been torn down, the first of the city’s five theaters to disappear.