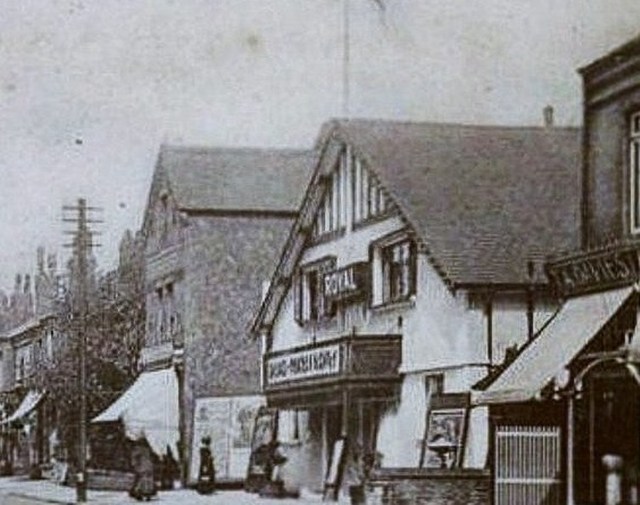 Located in the Egremont district of Wallasey, Merseyside. Originally built as a roller skating rink and drill hall, it was converted into the Royal Picture House by Wallasey Cinemas Ltd., opening on 4th November 1912. All 850 seats were on a single floor.

In 1948, the interior was completely gutted, which closed the Royal Cinema from 16th August 1948 until it reopened on 13th December 1948 with “Road to Rio” with Bob Hope and Bing Crosby. The seating capacity had been increased to Alterations to the proscenium were carried out at the end of 1954 when CinemaScope was installed, the first film to be screened in this format was “The Robe”, which was also presented with Stereophonic sound. The Royal Cinema was closed for a while in 1958, and re-opened under new management. It was finally closed on 28th January 1967 when the final films were “The Day of the Triffids” and “King Kong vs Godzilla”. It became a bingo club for several years, and by 1989 it operated as a snooker club, which continues in 2014.