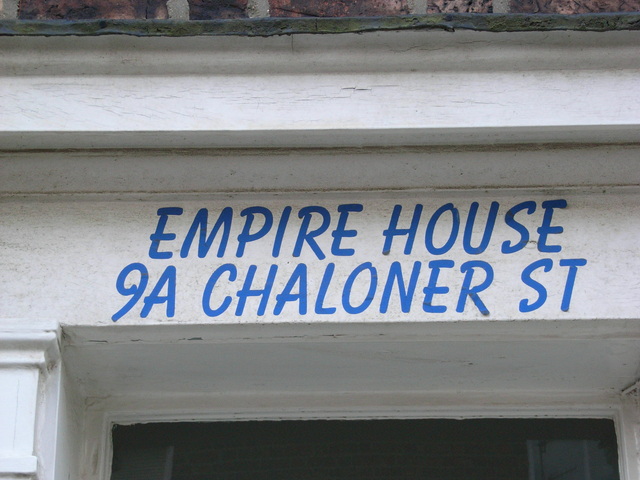 Located in Guisborough, North Yorkshire. The Empire Picture Palace opened in 1911; it closed as the Empire Cinema in the late-1960’s and has been demolished. The only reminder today is Empire House, near to where the cinema once stood.

The roof has been removed in preparation for the ‘wrecking ball’. It appears that two good matching still frames have been left on the front of house. Thompsons Enterprises of Middlesbrough, upon closure of the Empire, transferred their cinema operation to the nearby Carlton which had been on bingo for a while.

After checking my family history i have been told that my grandfather Edward Mawdsley owned the cinema in Guisborough many many years ago i am trying to find out when this was but as all my ancestors that lived in Guisborough have now died it is taking a bit of time.