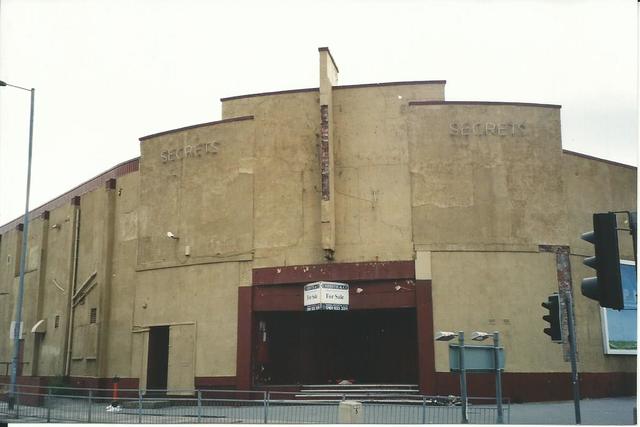 In the Litherland suburb north of Liverpool, the Regal Cinema was built at the junction of Church Road and Hawthorne Road. It opened on 12th June 1939 with Gracie Fields in “Keep Smiling”. It had 1,046 seats on a stadium-design, with a raised stepped section at the rear, rather than a conventional overhanging balcony. It was equipped with a Western Electric(WE) sound system.

The Regal Cinema was acquired by the ABC circuit on 24th July 1955, but closed on 28th July 1962 with Max Bygraves in “A Cry From the Streets” and “Inn for Trouble”.

The building was converted into a 23-lane ABC bowling alley which opened 26th January 1963. This closed in the late-1960’s and it became a nightclub/disco. When I visited, in August 2002, it had been Secrets nightclub, but was boarded up and being advertised for sale.

It has subsequently been demolished as part of a redevelopment plan for the area at that road junction.