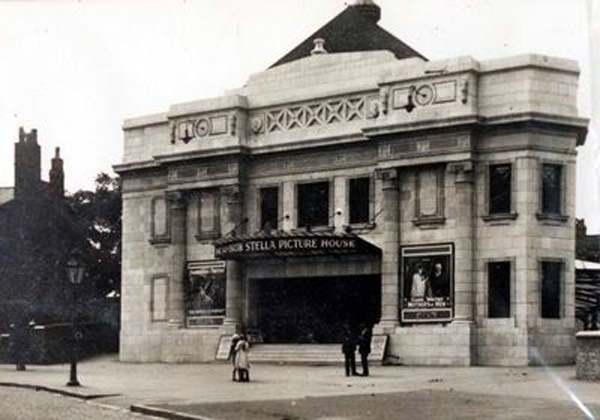 Located in Seaforth near the north Liverpool suburbs of Crosby & Sefton. The Stella Picture House was opened on 4th December 1920 with “Children of Banishment” and “Nymphs and Nuisances” and Edith Clayton in “Deadlier then the Male”. Seating was provided for 900 in the stalls and 300 in the circle. On the 28th April 1930 it was equipped with a RCA sound system and the first ‘talkie’ shown that day was “HB Warner in "The Gamblers”.

In 1943 it was taken over by the Liverpool based Bedford Cinemas chain and re-named Stella Cinema. It was equipped with CinemaScope in 1954.

The Stella Picture House was closed on 5th July 1958 with Perry Como in “If I’m Lucky” and Gene Raymond in “Plunder Road”.

It became a roller skating rink for a short period of time, and a local printer wanted to convert it into a printworks, but this was opposed by the local council. The Stella Cinema was demolished in May 1964 and a shopping precinct was built on the site.