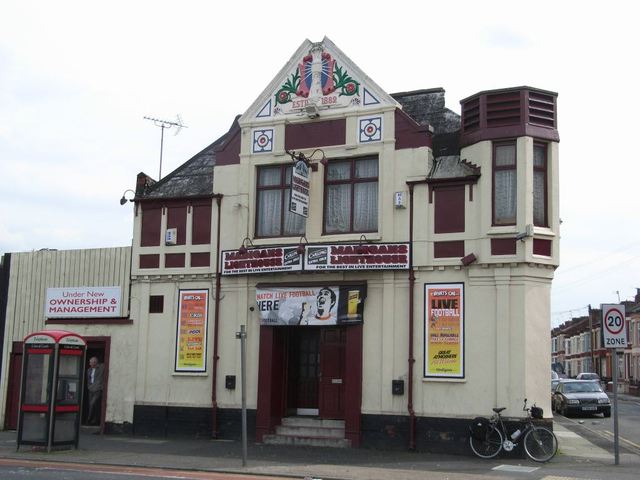 Located in the north Liverpool district of Bootle. The Bootle Institute was built and opened in 1862. In 1908 it was converted into the Picture Palace of Bootle, which opened on 16th November 1908.

In 1912 it was re-named Empire Picture Theatre. It was closed in 1922, not long after the Gainsborough Cinema opened directly opposite.

The Empire was converted into a dance hall, which opened Easter Monday, 1922 as the Palais de Dance. In 1931 it became the Bootle Trades & Labour Club, which operated in the building until 1984. It was purchased by the Tetley Walker Brewery and became the Knowsley Social Club. In 2014 it is operating as Madagans Lighthouse, a bar/nightclub which offers live acts on the stage.

The building was built for the Bootle Labour Party, who, as the sign says were established in 1882, and the building was called the Bootle Institute. Whether that means that this building was actually built in 1882 isn’t clear, but it is shown on the 1890 OS map. From about 1912 it was used as a cinema called the Empire Picture Palace, until 1922 when the purpose-built Gainsborough opened over the road. The Empire then became a dance hall and was the Knowsley Labour Club until comparitively recently. It is currently (by 2007) called Madigan’s Lighthouse.