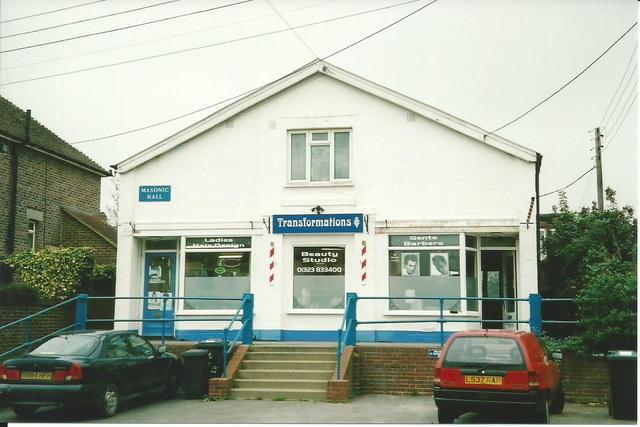 In the small East Sussex town of Herstmonceux, near Hailsham, around 1932, Mr E. D. Curtis opened the Castle Playhouse. Modest variety shows accompanied the film shows, utilising the 16ft deep stage and the two dressing rooms. The proscenium was 18ft wide. It was equipped with a Morrison sound system.

By 1946 the cinema was being operated by Ace Cinemas Ltd. Later on, it was acquired by Mr G. S. Fields, who installed a 20ft wide CinemaScope screen, at the same time reducing the seating capacity from the original 290 to a much reduced, but no doubt more comfortable 173.

Despite this, it is thought the cinema closed in the early-1960’s.

In due course, the building became a Masonic Hall. By the time I visited, in October 2006, it was occupied by Transformations hairdressing and beauty salon. By mid 2015 that business had ceased and the shop unit was to let.