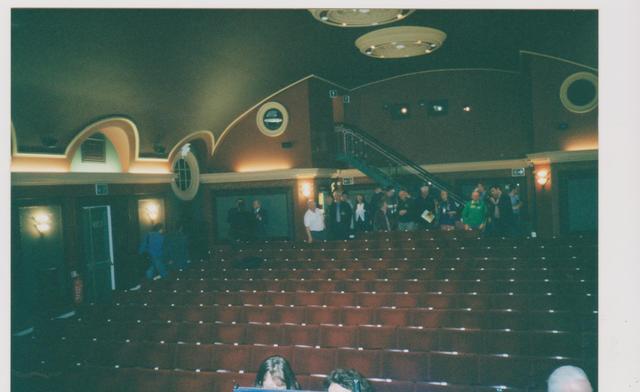 The Pavilion Cinema opened on 28th November 1921 with Charlie Chaplin in "The Kid". It was one of the first cinemas to be operated by Shipman & King, who later went on to build up quite a sizable circuit before being taken over by Associated British Cinemas(ABC).

Designed by Hastings based architect Henry W. Coussens, the Hailsham Pavilion has a Classical style facade, with three round windows in moulded architrave surrounds at first floor level and on each side of the centre window there is a plaster moulding of a girl carrying a bunch of flowers and a boy carrying a basket of bread and fish. The original seating capacity of the auditorium was for 397, all on one floor.

The Pavilion Cinema was closed in 1965 and stood empty until planning permission was approved for conversion into a bingo club, which was granted in 1967. Bingo use continued until 1985 when it closed and the building was abandoned.

It stood empty and derelict, prone to vandals, the elements and pidgeons until 1993 when a support organisation was formed to raise money and renovate and re-open the Pavilion Cinema. National Lottery money was granted to go for a full restoration.

The Pavilion Cinema re-opened on 1st February 2000. Today it screens the latest release films, independent films and has live performances and concerts which are held regularly on its small stage.

The Pavilion Cinema is a Grade II Listed building.

thanks Ken.I enjoy looking at the theatres in England.just a bit more classy it seems to me.

Nice story Ken. Always love hearing when an old theatre that may be facing the wrecking ball is rescued and reborn. Hearing about a theatre that’s been saved and rennovated as a muti-purpose facility is always great, but it’s especially exciting to hear that films are once again being screened as well. We’ve lost far too many theatres that could have been saved.