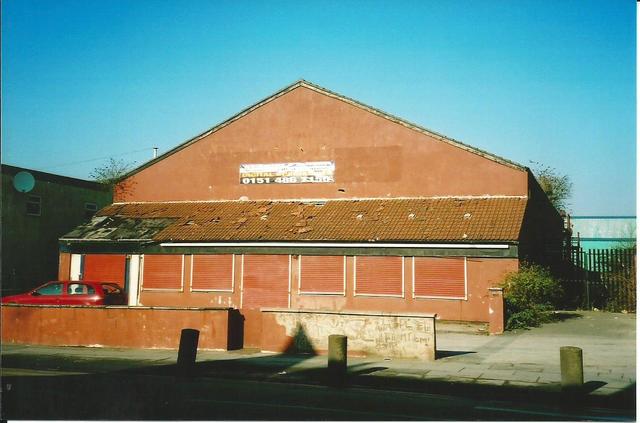 In the Old Swan district of Liverpool, the New Premier Picturedrome opened in 1912. The first purpose-built cinema in the area, it had a stadium-style auditorium, with no overhanging balcony. The stage was 10ft deep, and there were two dressing rooms.

In 1919 the name was changed to the New Premier Picture House. In the late-1920’s Western Electric(WE) sound was installed. The first ‘talkie’, from 19th August 1929, was “The Doctor’s Secret” starring Ruth Chatterton and John Loder.

In the mid-1950’s, a modernisation scheme included a re-styled plain frontage of black faience tiles over the lower part and was re-named New Premier Cinema. A new screen was fitted for the introduction of CinemaScope, on 15th September 1955, with Edward G. Robinson and Barbara Stanwyck in “Rough Company”.

Despite this investment, the New Premier Cinema closed on 6th June 1959 with “The Young Invaders” starring James Garner, and George Montgomery in “Black Patch”.

The building later re-opened as a record and music store, Premier Records. Following use as a furniture store, the entire frontage was removed when the building was converted into a pub, the Premier.

By the time I visited, in February 2008, the pub had closed and the building was boarded up.

Architect: Henry Liversage Goldsmith. The Premier Picture Palace (a converted billiard hall) had opened in Smithdown Road in 1912, which accounts for this being called the New Premier. As far as is known, there was no other connection between the two cinemas.