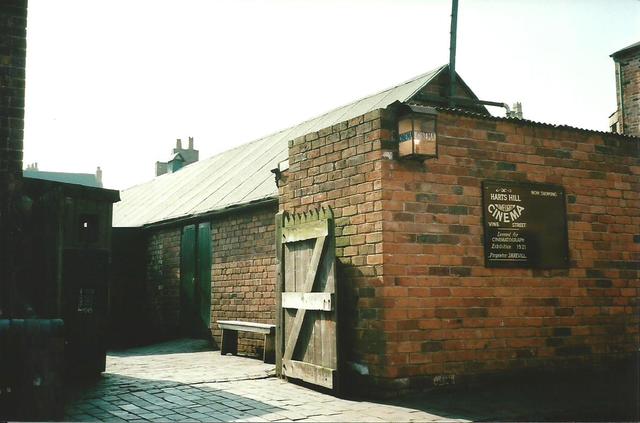 The idea of the Museum was developed in the 1950’s by the Borough Librarian in Dudley and other interested local individuals.

In 1966 Dudley Metropolitan Borough Council set up a Black Country Museum section within their museum department. Later, as the range and size of items collected grew, a proposal was put forward for an open-air museum, where artefacts could be displayed in their true context.

In April 1976, the staff of six were faced with the task of creating a viable museum on what was then a derelict piece of land with many old mine shafts and a water treatment works.

A programme of land reclamation was started by the West Midlands County Council in 1976, and by 1978 it was possible to hold a preview season to show how the Museum might develop.

In 1980 the tramway system was installed to transport visitors the half mile or so to the canal arm. In 1990, the underground mining display opened.

One of the major displays is the Museum village, a range of Edwardian, Victorian, 1930’s and 1940’s buildings, houses and shops with fully furnished interiors to complement their period setting.

These include the Limelight Cinema, which encapsulates the ethos of the Black Country: small-scale, unpretentious, rough and ready and the work of an enthusiastic, self-taught entrepreneur.

The building was moved brick by brick from its original location at nearby Harts Hill, Brierley Hill, where it had stood since 1921. The auditorium could seat up to 103 patrons on wooden benches and on eighteen padded, tip-up chairs.

The projection room was equipped with a Dreadnought Bioscope and a 1912 Ernemann Bioscope. The adjacent workshop houses the two gas engines used to generate the electricity required.

Running the cinema was a family affair. Mr Revil, the owner, operated the projectors, assisted by his nephew, Leslie Ball. Mrs Revil sold the tuppence ha’penny and fivepenny tickets from a small wooden pay booth and their daughter Violet played records on a wind up gramophone as the musical accompaniment to the silent films.

The nostalgia of the silent movies is relived every day at the Museum with a regularly changing programme. Charlie Chaplin, Laurel & Hardy and Harold Lloyd comedies are particular favourites.