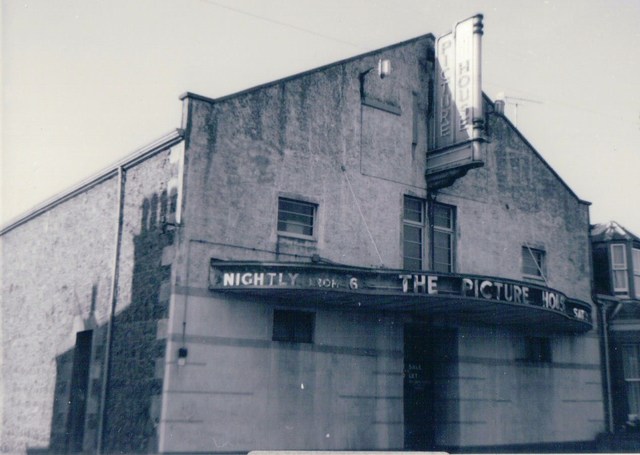 In Tayport, Fife, across the Firth of Tay from Dundee, the Picture House opened around 1911.

It was not listed in the 1914, 1927 or 1931 Kinematograph Year Books. In the 1940 edition the owner was shown as J.B. Milne, of Dundee. The proscenium was 20ft wide and a British Thomson Houston(BTH) sound system had been installed.

By 1953 ownership had transferred to Picture House (Tayport) Ltd.

When I visited, in March 2009, the building was boarded up.

The Picture House was the second cinema aquired by J B Milne as he built his circuit into what was eventually one of the largest privately owned cinema chains in the UK. It remained in his ownership up until his death in 1968. By that time The Picture House was open only on Friday, Saturday and Sunday with one performance nightly. The projectors were Kalee 8 front shutter. Shortly after Mr Milne’s death the management of J B Milne Theatres Ltd closed the cinema which had been loss making for some time. The whole circuit was later put up for sale and eventually renamed Kingsway Entertainments by the new owners. There is an exterior night view and another of the auditorium in Bruce Peters book Scotland’s Cinemas. Both photos were taken when the cinema was open and thriving.