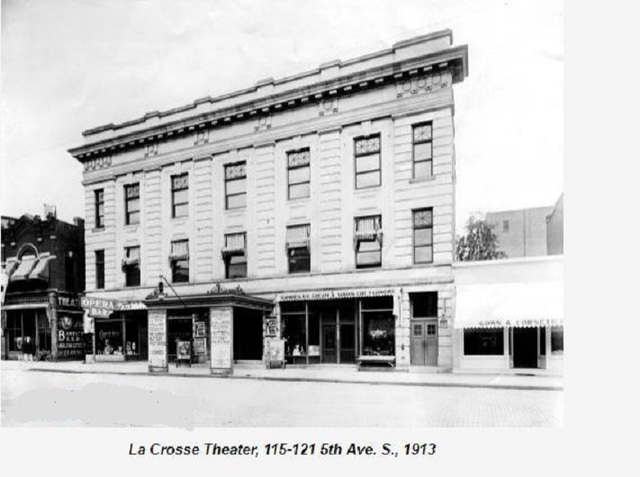 The La Crosse Theatre opened in 1900 but the La Crosse Tribune noted there was an opera house on the 3rd floor dating back to 1867. In 1889 a ground floor theater was built and Sanborn Maps 1891 show it as the New Opera House. Primarily a playhouse, it was the first theatre in La Crosse to show an early form of moving pictures. Serving as both a picture house and playhouse, the 900-seat theatre closed in 1927 and in 1930 the Hoeschler Building opened on the site.

The La Crosse Theatre was among a group of early theatres remembered in the Tribune on February 24, 1935. The Bijou Theatre (113 3rd Avenue S.) is credited as the first real motion picture theatre, showing a reel before and a reel after vaudeville acts. The second theatre to be opened as a straight picture house was the Unique Theatre (112 3rd Avenue S.).