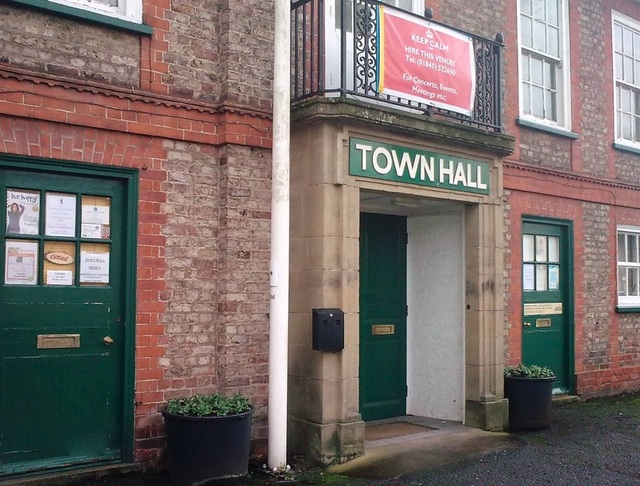 Located in Thirsk, North Yorkshire. The Town Hall was built almost adjacent to the Mechanics Institute (now the Ritz Cinema). It opened in 16th July 1913. It was designed by architect Walter H. Brierley of York. It had a stage 28ft wide and 18ft deep.

Following refurbishment in 1975 it was taken over by Ken Cartman and opened as the Central Cinema. This lasted for a couple of years. It is now a community centre and is known as Thirsk & Sowerby Town Hall.

Sorry to doubt the overview yet again but it was never taken over by Charles Morris !! It was leased of the council gutted and refurbished and re opened as the Central Cinema by Ken Cartman and his lovely wife Jean. They ran it together and put life and sole into it but it sadly demised. It never had the cinema atmosphere but Ken did not give up a couple of years later he leased the closed down Studio One next door that had been closed since Star abandoned it refurbished it and it re opened again as a main stream cinema. It was a full time venue showing latest films until it was taken over by the local council who now run it as a community cinema for the town ran by volunteers .