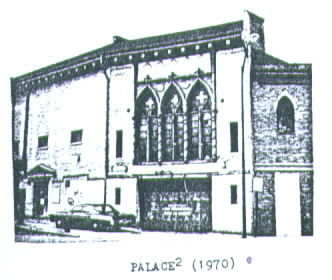 One the corner of East Hoffman and Gay Streets the Palace Theatre was built in 1912. The Palace was a larger neighborhood house seating 982. The theatre had beautiful stained glass windows all along the front of the theatre that greeted the morotists as they headed south on Gay. The theatre closed in 1956. A fire gutted the old theatre in the 1990’s, which had been converted into a warehouse. All that reamined were some weak walls that were demolised in 2004. Just the lower floor of the theatre remains standing.