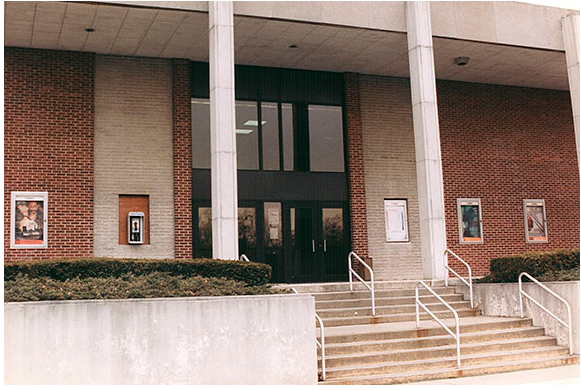 Built in 1968 in the Eatontown portion of Fort Monmouth, NJ. The 18,883 square foot Expo Theater was designed for movie and live performances for the large population of the Army post and the surrounding area. In addition to movies many concerts featuring well known performers were hosted at this venue before the Base was decommissioned in 2011.

The Fort Monmouth Economic Revitalization Authority (FMERA) was subsequently formed to dispose of or repurpose the land and the many buildings.

In 2019 the Expo property was opened for bids. It is hoped that a sale will be achieved by the end of 2020.