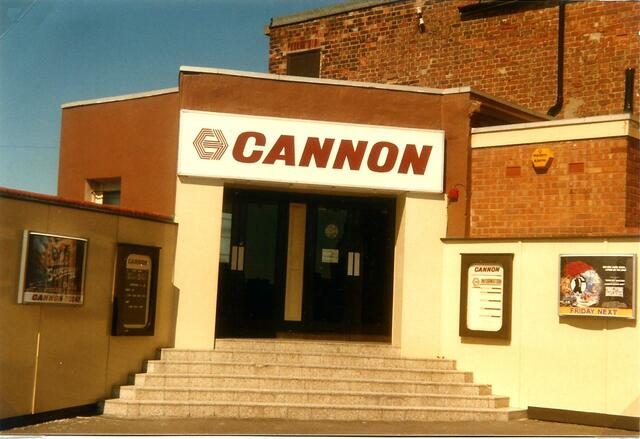 In the seafront town of Hoylake, on the Wirral, the Lower Lighthouse was lit for the final time in 1909. Frank Wolsey, who had presented outdoor entertainments along the promenade, acquired the now-redundant lighthouse, together with the 1866-built coastguard house and grounds and, for the rest of 1909, and into 1910, he presented Pierrot shows, concert parties and other entertainments in a temporary pavilion.

In October 1910 he started construction on a permanent theatre, designed by architect Leonard H. Clegg. After some delays, the Lighthouse Pavilion opened on Thursday 31st August 1911 with a company called ‘Middies and Maids’. There was a 19ft deep stage, a proscenium 30ft wide, four dressing rooms and seats for 1,000 patrons.

In January 1917 a “Farewell Benefit” was held for Frank Wolsey, who went to “join the colours” on 1st February. The ‘heart’ seemed to go out of the theatre, and it suffered periods of closure and re-opening until 15th May 1919, when it closed once again following the stage production of “The Brilliant Gems”.

The Bioscope had featured in variety bills as far back as 1912, but the building became a cinema proper from Monday 14th June 1920, when the Pavilion Super Cinema opened with “Go West Young Man”, starring Tom Moore.

However, that closed abruptly, and without comment, on 27th May 1921, only to re-open on 14th November 1921 as the Lighthouse Pavilion Cinema, presenting cine-variety which started with The Priory Glee Party. It was later renamed the Pavilion Theatre, but that closed on Saturday 4th November 1922.

The original lighthouse was demolished, and a new entrance on Alderley Road was constructed, and the building re-opened as the Winter Gardens on 22nd January 1923. A further period of cine-variety followed, although it was more ‘variety’ than ‘cine’, with the film projection apparatus only being temporary installations.

All that changed when announcements were made that the Winter Gardens was “closed for conversion into a cinema”, and the building re-opened on Monday 9th February 1931 as the Winter Gardens Cinema. In a rather strange move, it opened as a silent cinema, despite other cinemas in the town having presented the ‘talkies’ for almost a year!

This situation was quickly rectified, with yet another “Grand Re-Opening” on 11th May 1931 that year heralding “the very latest talkie installation” (actually a British Talking Pictures(BTP) sound system) starting with “Women Everywhere”, starring Fifi Dorsay and J. Harold Murray.

By 1937 the seating capacity had reduced to 610. In 1940 S.M. Super Cinemas acquired the lease (and later the freehold). The projection and sound equipment was substantially upgraded, and the new systems opened on Monday 27th October 1941 with “Bitter Sweet”, starring Jeanette MacDonald and Nelson Eddy.

In June 1958, with cinema attendances falling, repertory shows were given another chance, but they fared little better, and the Newcastle based Essoldo circuit, who had acquired this along with the other S.M. group cinemas, closed the Winter Gardens Cinema on Saturday 3rd January 1959, with “No Time for Sergeants”, starring Myron McCormick.

However, that wasn’t to be the end of the story. When the Kingsway Cinema in the town (see separate Cinema Treasures entry) closed, in March 1960, Essoldo gave the Winter Gardens a quick lick of paint and re-opened it on 2nd May 1960 with “For the First Time”, starring Mario Lanza. Ronald Horton, late of the Kingsway Cinema, became manager.

Unfortunately attendances did not improve, and in January 1961 Essoldo resolved to close it down permanently. A member of staff quickly gathered together a petition with 700 signatures, and Essoldo chief Sol Sheckman gave the cinema six months to turn its fortunes around. Arthur Shallness returned as manager and did just that, by securing the best releases on day and date - and then, from 1965, the Winter Gardens was the only cinema in town!

Essoldo did spend some money: the auditorium was re-seated and the aged coke boiler, which had given trouble for years, was replaced by an oil-fired boiler. Seating capacity reduced further, from 506 to 382.

When Classic Cinemas took over Essoldo in March 1972 they carried out further renovations, and the cinema reopened as the Classic Cinema in April 1973.

Classic Cinemas subsequently gave way to Cannon, who closed the cinema in 1989. But even this wasn’t quite the end, as a former solicitor, Christine Mottram, stepped in and purchased the cinema for the benefit of the town.

It re-opened as the independent Hoylake Cinema on 21st March 1990. However, dwindling audiences and rising costs eventually did for this venerable building, and it finally closed for good on 2nd March 1995 with a special screening of “Black Beauty” (presumably the 1994 version starring Sean Bean).

Even then, the building could have continued to entertain the good people of Hoylake, as the Hoylake and West Kirby Theatre Group hoped to acquire it for conversion into a multi-purpose centre, with a theatre, ballroom and tea shop.

But it was not to be. The building was acquired by a property developer and it was finally demolished in March 1999, to be replaced by a block of flats.

(With thanks to Charles Morris, on whose extensive research this narrative is based.)