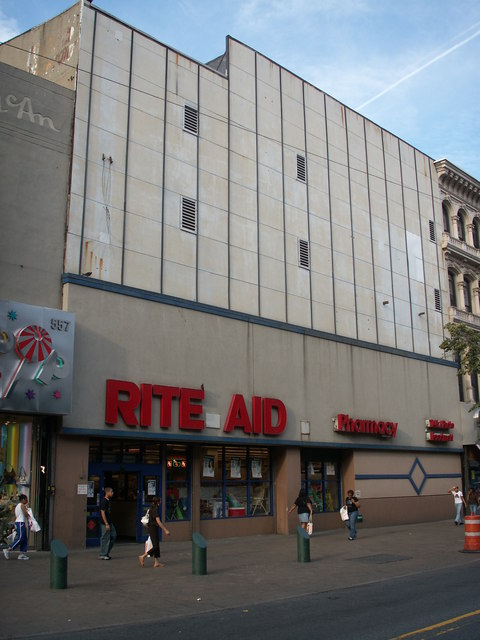 Does anyone know anything about this theatre once it stopped showing newsreels?

The Trans-Lux Newsreel Theatre opened in 1934. It had a seating capacity of 487.

Warren;… I believe you are correct in stating it was formed out of retail space.

It became the Fulton Playhouse (possibly around 1936?) and closed in 1938. It reverted back to retail use, which continues today with a Rite-Aid store operating from the building.

How come whenever an old movie theater closes—it INSTANTLY becomes a Rite Aid or CVS ? What’s with that?

Uploaded two grand opening ads for this cinema in the photo section.